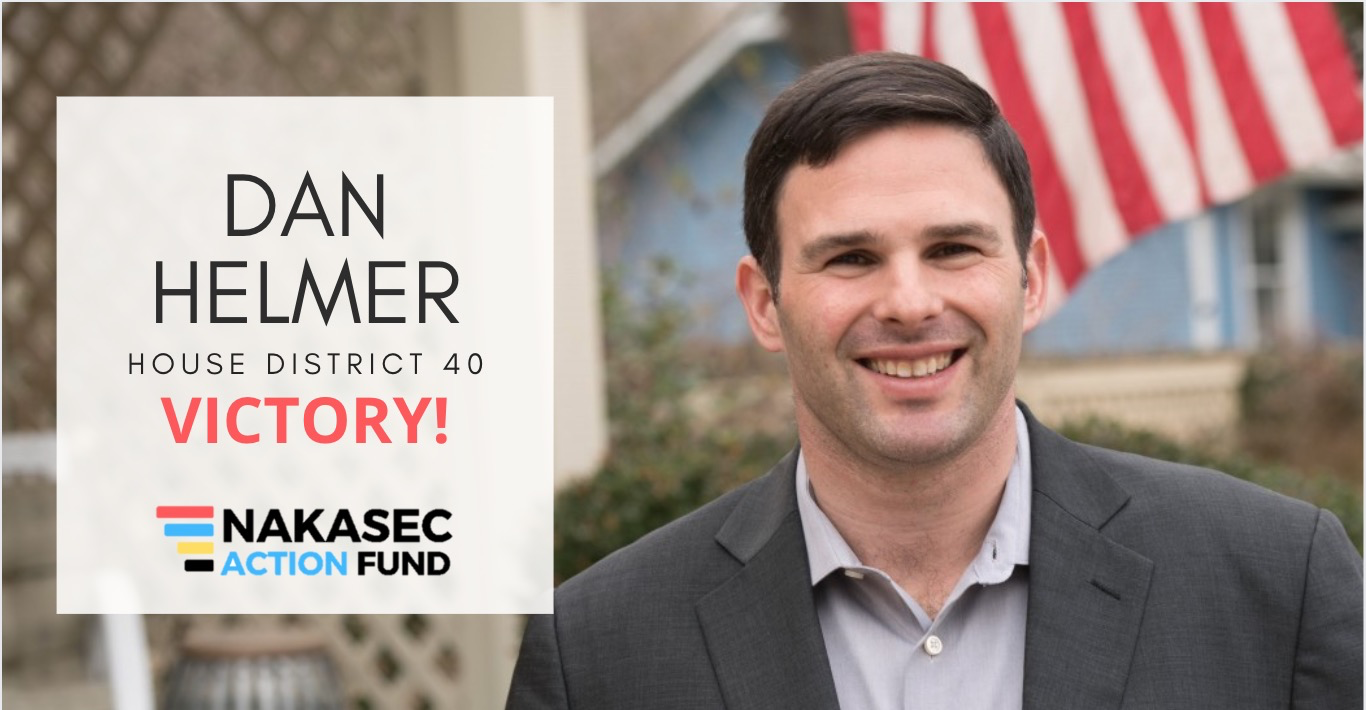 Centreville, VA – NAKASEC Action Fund congratulates Dan Helmer on his victory in Virginia’s 40th House District! We enthusiastically endorsed and supported his candidacy for the 2019 elections because of his forward-thinking and inclusive positions on the issues. NAKASEC Action Fund talked to thousands of voters, focusing on Asian American and immigrant voters, with multilingual election materials and people who looked like them and could speak in their languages.

Today’s election results testify to the years of organizing, leadership development, and telling a more compelling story about, to, and with Asian Americans and immigrant voters: we believe Virginia is better when we all do better and when all of us can truly call Virginia home. We applaud everyone who played a role, from the first-time limited English proficient voters to the DACAmented community members who knocked on doors to persuade people to vote for Dan Helmer.

With Dan Helmer’s victory and the incredible work by friends and partners to inspire and turn out a decidedly more diverse electorate across the commonwealth, NAKASEC Action Fund helped finish one fight —- to create more favorable conditions in Richmond, VA so that working class communities of color, students, LGBTQ individuals, immigrants across the documentation spectrum, and women can have an actual fighting chance to organize and pass common-sense legislation.

Now we must turn our attention to the 2020 General Assembly, where Asian Americans and immigrant communities intend to fight for the expansion of in-state tuition and driving access to our friends and neighbors who are undocumented, raising the minimum wage, and other issues.